On November 19, 2022, the Vietnam General Confederation of Labor announced the decision to appoint Dr. Tran Trong Dao as the president of Ton Duc Thang University for the term 2021-2026.

At the meeting on November 16, 2022, The Council of Ton Duc Thang University elected Dr. Tran Trong Dao to hold the position of President with 16/16 votes in favor, reaching 100%.

Dr. Tran Trong Dao was born in 1981, in Quang Ngai with a Ph.D. in Control Engineering, and an advanced degree in political theory.

On this occasion, the Council of Ton Duc Thang University announced the Decision to appoint Dr. Vo Hoang Duy - Head of the Graduate Department, former Vice President for the term 2014-2019 as the Vice President of the University.

Ton Duc Thang University (TDTU) is a public university under the Vietnam General Confederation of Labor, established on September 24, 1997. After 25 years of establishment and operation, TDTU has had remarkable development and has become a prestigious national and international multidisciplinary training and research institution. TDTU is considered one of the universities with a very modern and synchronous technical infrastructure and an educational environment of international standards.

In Young University Rankings 2022 announced by Times Higher Education (THE) on February 15, 2022, Ton Duc Thang University ranked 98th out of 539 universities, becoming The first representative of Vietnam to be in the list of the top 100 best universities under 50 years old in the world. 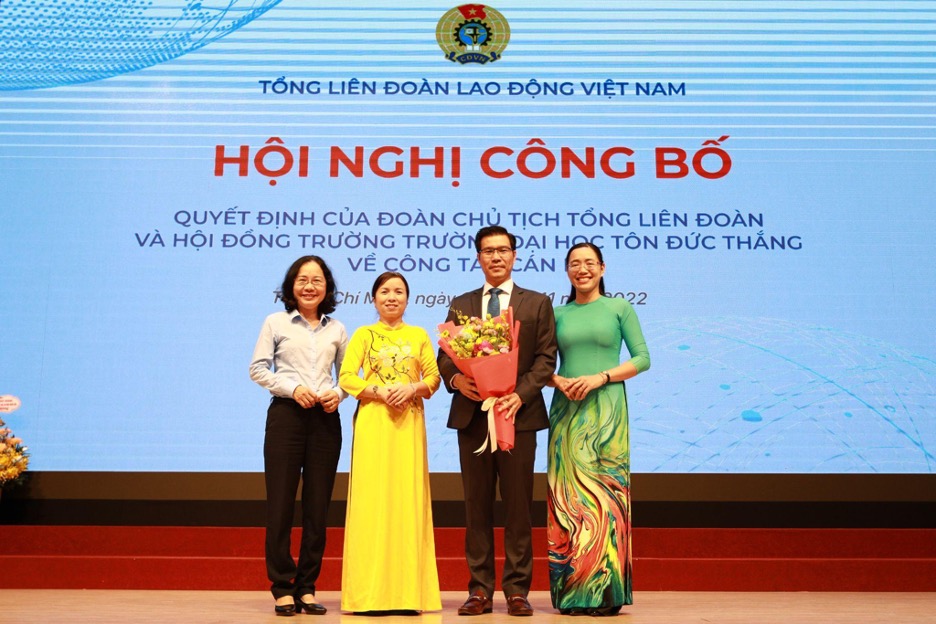